Opened in 2012, in the centre of Barcelona, the facility has two screening rooms, exhibition spaces, the Film Library, a bookshop and a restaurant.

The building in El Raval offers all the services of a modern and publicly accessible cultural centre; a centre devoted to the culture of film in all its different aspects and open to the participation of users and organisations with an interest in cinema.

The new Raval building provides an excellent home for these enormously valuable resources and activities. The Filmoteca, in accordance with its established functions, rolls out a wide range of initiatives, from screening films to safeguarding bibliographic material on film culture to organising exhibitions on cinema or any of its related arts.

To carry out its activities, the Filmoteca is equipped with the following facilities: 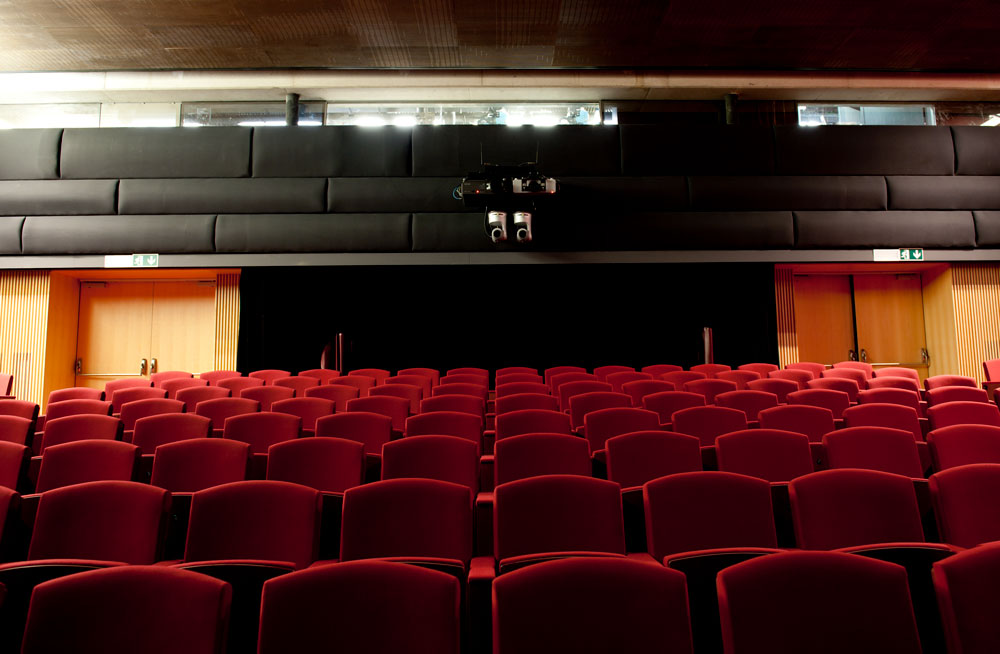 A 300-square metre room that every year hosts three temporary exhibitions related to film culture. This room has a modular structure which allows the space to be adapted to the characteristics of each exhibition. It also has two small screening rooms to showcase cinematographic images, and a number of screens distributed throughout the room for showing audiovisuals related to the exhibition in question.

In the room that provides access to the Film Library, on the first floor, known as the Espai Delmiro de Caralt, you will find a small sample of a series of museum pieces that reveal the origins of cinema and the evolution that has taken place in moving images. 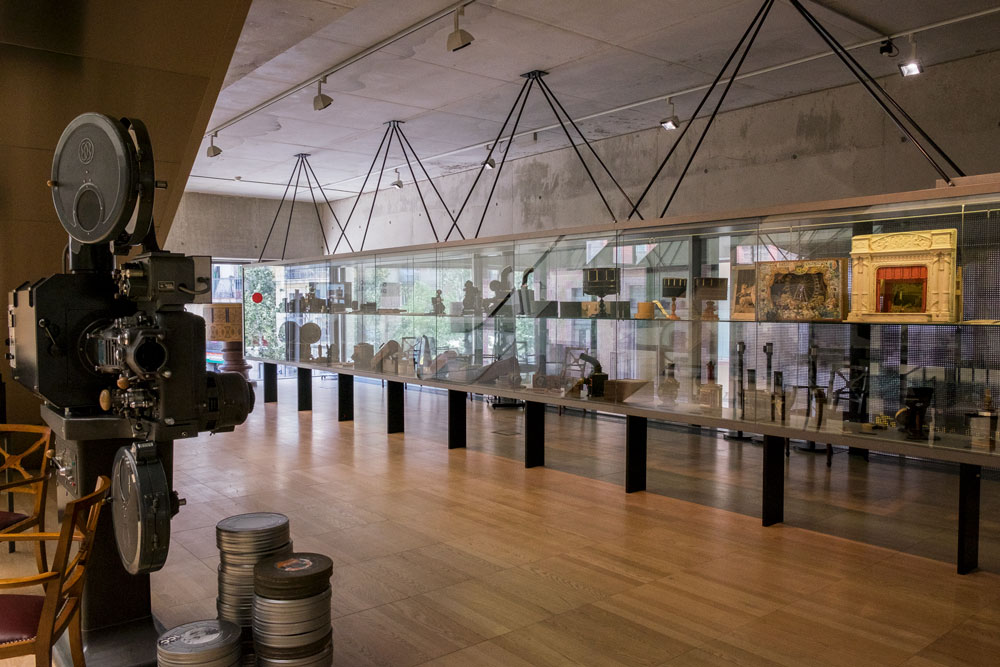 It is also a library that specialises in cinema and provides a window to a unique bibliographic and video collection, enabling researchers from various disciplines to explore the film world through a rich heritage collection of books, magazines, photographs, programmes and personal legacies, used by museums and research centres. Bright and modern, the 400-square metre general reading room has 16 computers for reference purposes and 48 reading points. In all, the Library has 956 linear metres of freely accessible books and 4,300 linear metres of storage (around 800 sq. m in total). The Library collections occupy more than 1,000 square metres and include: 55,000 bibliographic records, 1,500 historic mastheads, 138 specialist magazines, with monthly subscriptions, more than 20,000 graphic files, 17,000 films on VHS, DVD and Blu-ray, and around 5,000 sound tracks on CD. In addition, the Film Library houses 1,250 pieces of cinema equipment, part of which is on permanent display in the Espai Delmiro de Caralt permanent exhibition. 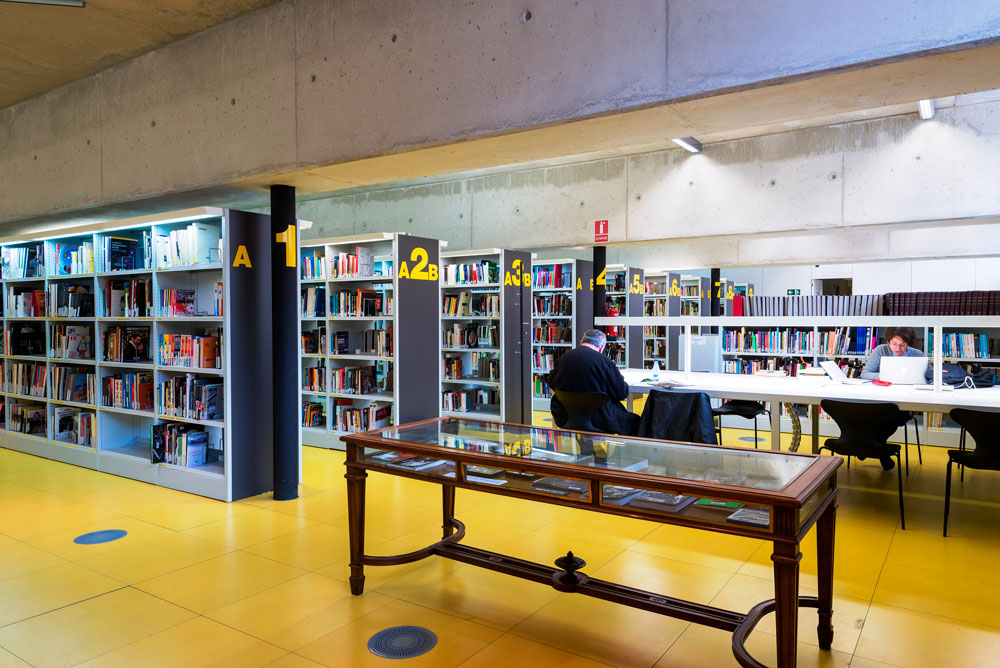 For lunch, dinner or a snack, or just for a drink. This pleasant, cosmopolitan bar has a fantastic terrace and offers good market-based cuisine at reasonable prices.

In addition to the film section, which includes specialist books and DVDs at attractive prices, the Infollibreria has a wide range of novels, children’s literature, comics and merchandising related to the cinema.
llibreria@infobibliotecas.com 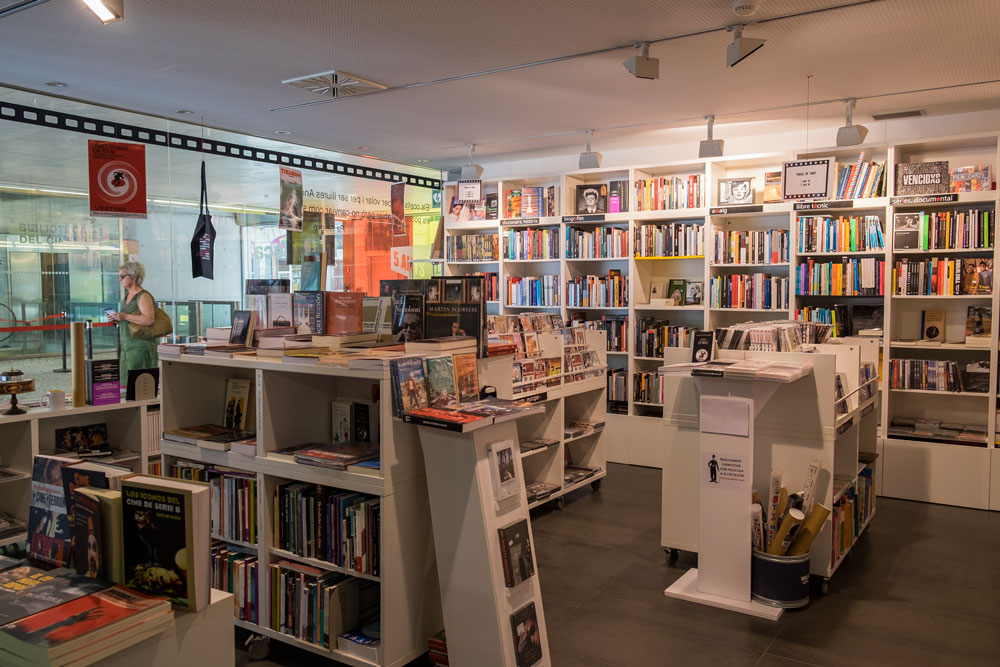