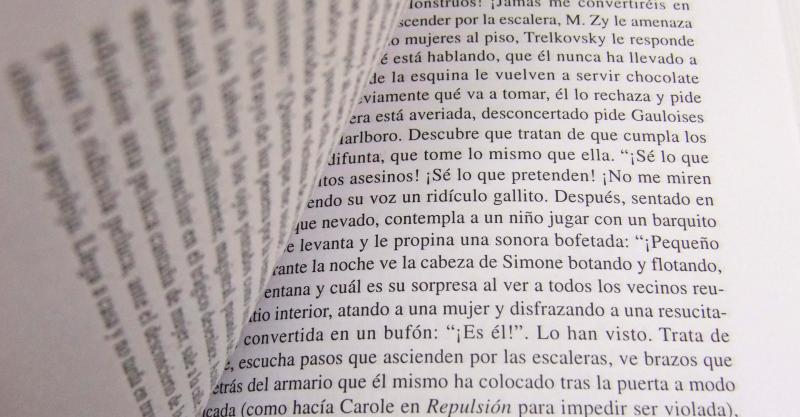 The Biblioteca del Cinema contains a wide range of documents relating to the cinema and the audiovisual world. You can consult books, scripts, periodicals, films, sound tracks, press cuttings and photographs, among many other items.

The history of the cinema is not just about films. It also concerns everything else that surrounds them: research, advertising, educational material, scripts, sound tracks, etc. The document collection of the Film Library preserves and disseminates more than half a million documents as an essential part of this heritage. 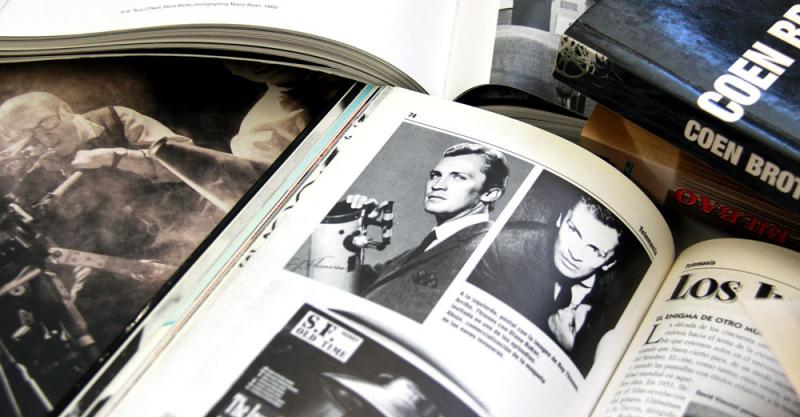 The bibliographic collection in the Film Library contains more than 55,000 bibliographic records and consists of different types of documents, both national and international.

The collection contains reference works (dictionaries, encyclopaedias, yearbooks, bibliographies), catalogues of festivals and companies in the sector, technical books, books on theory and aesthetics, a whole series of works classified by geography and film genre, original screenplays, and biographies of actors and directors, among others. It also has a database of e-books. 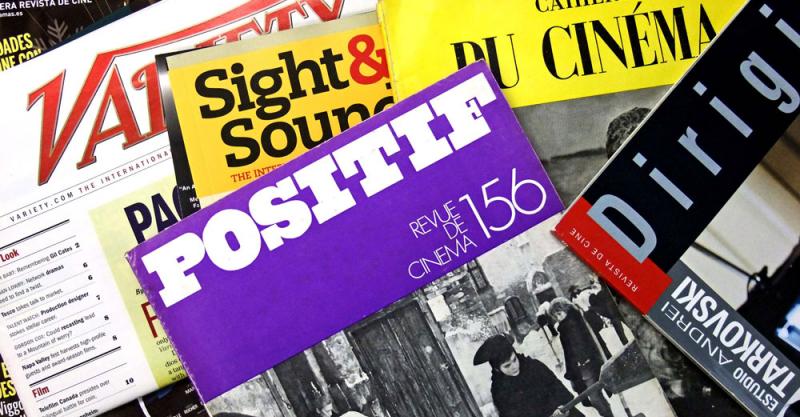 At present the Library has an annual subscription to 100 specialist magazines, both Spanish and international.

Some of the oldest magazines, with considerable historic value, have been digitised to facilitate users’ access. Consult them in the Repositori Digital.

In order to disseminate our collection of periodicals, the Film Library has made the Screen Studies Collections available to users which includes three large indexing and pooling databases of international film magazines and periodicals: American Film Index, Index International i International Index to Film Periodicals. 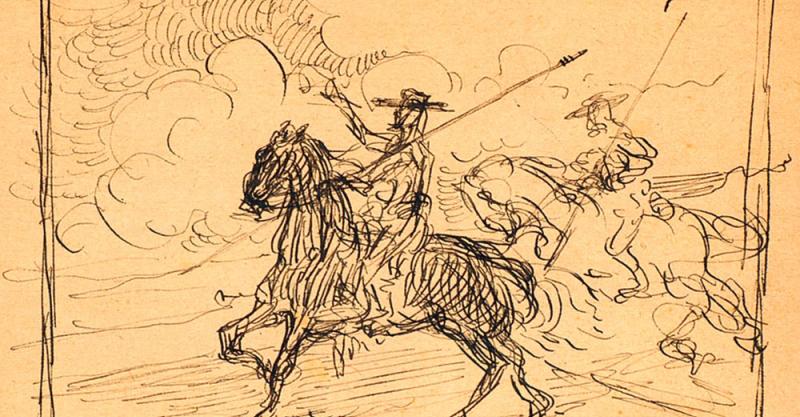 The Film Library has been the beneficiary of some important donations from people in the film world, including directors, photographers, film critics, academics, professional entities related to the audiovisual world, producers, distributors and dubbing studios.

These legacies contain some very diverse material:  correspondence, personal documents, screenplays, private library collections, photographs, film-related material and more. The Film Library provides the appropriate conditions of access to each of these collections. 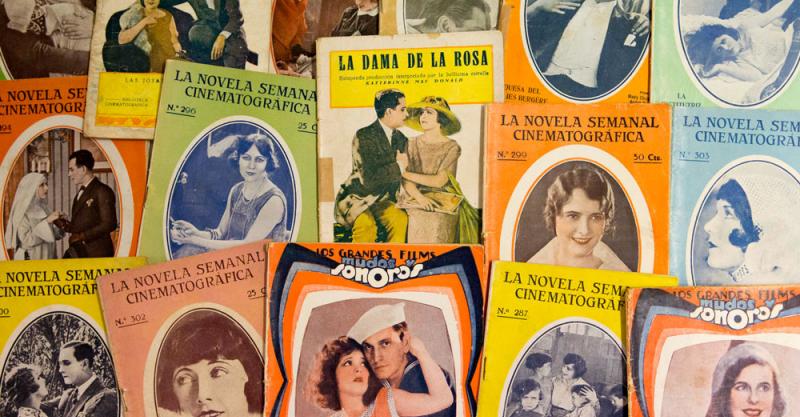 This is a broad subject matter, and ranges from portraits of film stars to stage sets and shoots, not forgetting all the advertising material. 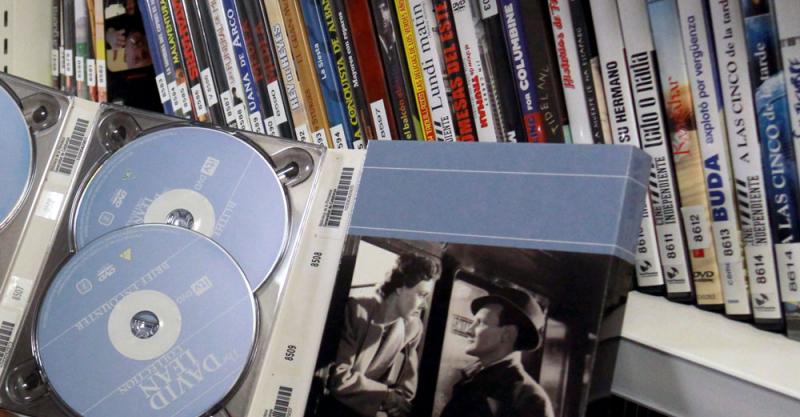 The Library has a huge audiovisual and phonographic collection that gives a deeper insight into some of the most important films in the history of cinema, as well as the chance to enjoy sound tracks by the leading film composers.

The Library is also responsible for the preservation and dissemination of the recordings of the Filmoteca’s own activities, such as round table discussions and conferences. 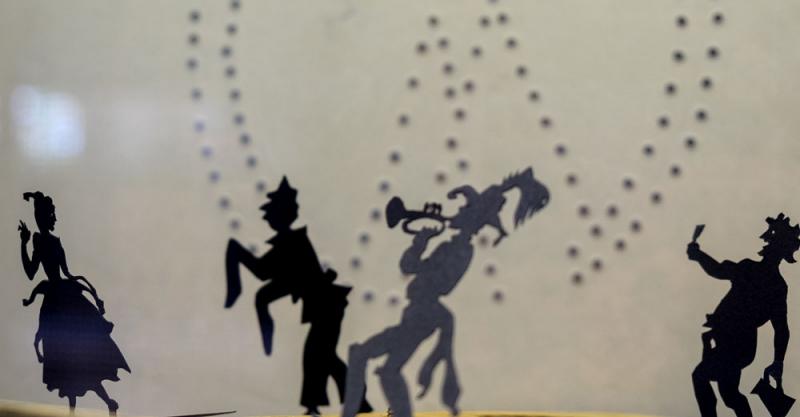 The Espai Delmiro de Caralt is a permanent exhibition of a series of museum pieces that give greater insight into the origins and evolution of cinema and the moving image.

The collection ranges from zoetropes to more mechanically evolved devices, and is particularly useful for organising Education Service workshops. 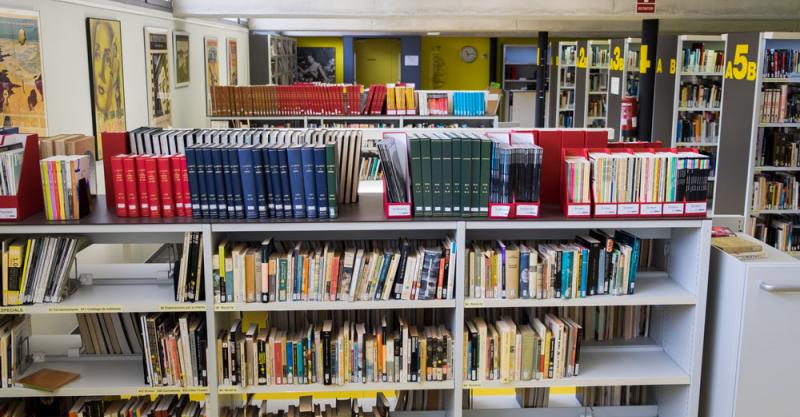 To consult the document collection there are several cataloguing and dissemination tools available:

We have a bibliographic catalogue with more than 55,000 records where you can consult the collections of books, magazines and films.  The collection consists of reference works (dictionaries, encyclopaedias, yearbooks, bibliographies), the catalogues of festivals and companies in the sector, technical books, works on theory and aesthetics, a whole series of works classified by geography and film genre, original screenplays, biographies of actors and directors, film magazines from their first issue to the present day, and a large collection of films on DVD and Blu-ray.  This catalogue forms part of the collective catalogue of the Biblioteques Especialitzades de la Generalitat and the CCUC.

We also have the Repositori Digital that gives access to all these documents, which have been digitised to facilitate consultation and to ensure their preservation (magazines, personal collections, photographs, posters, books, film scores, etc.) as well as publications that were originally published in digital format.

Mobydoc is the tool that provides access to a huge range of press clippings on cinema; you should request this at the Library.

We also subscribe to the Screen Studies Collections database that we make available to our users, which contains three major indexing and pooling databases of international film magazines:  American Film Index, Index International i International Index to Film Periodicals.

We also provide access to EBOOK CENTRAL for consulting and downloading e-books. 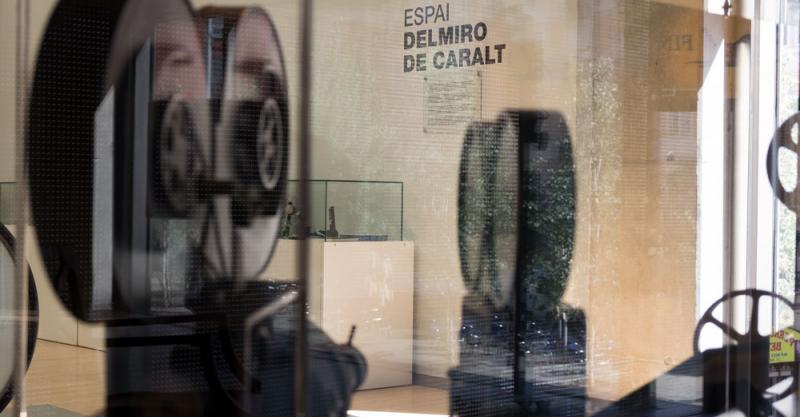 The Biblioteca de la Filmoteca started life with the collection from the former Barcelona office of the Filmoteca Nacional and subsequent acquisitions of the Catalan Cinematographic Collection (CO.CI.CA), compiled by Miquel Porter i Moix and the Biblioteca Delmiro de Caralt. This valuable collection, started by the couple Delmiro de Caralt and Pilar de Quadras in 1924, has been part of the Inventari del Patrimoni Cultural Català since 2002.

It currently contains more than 55,000 bibliographic records comprising books, magazines, DVDs and sound tracks, plus 1,500 historic magazines in addition to the 100 annual specialist magazine subscriptions. The Library also has more than 250,000 graphic documents, a large section of heritage collections bequeathed by film professionals from every decade, and a collection of film equipment comprising more than 1,250 original pieces.