History of the film collection 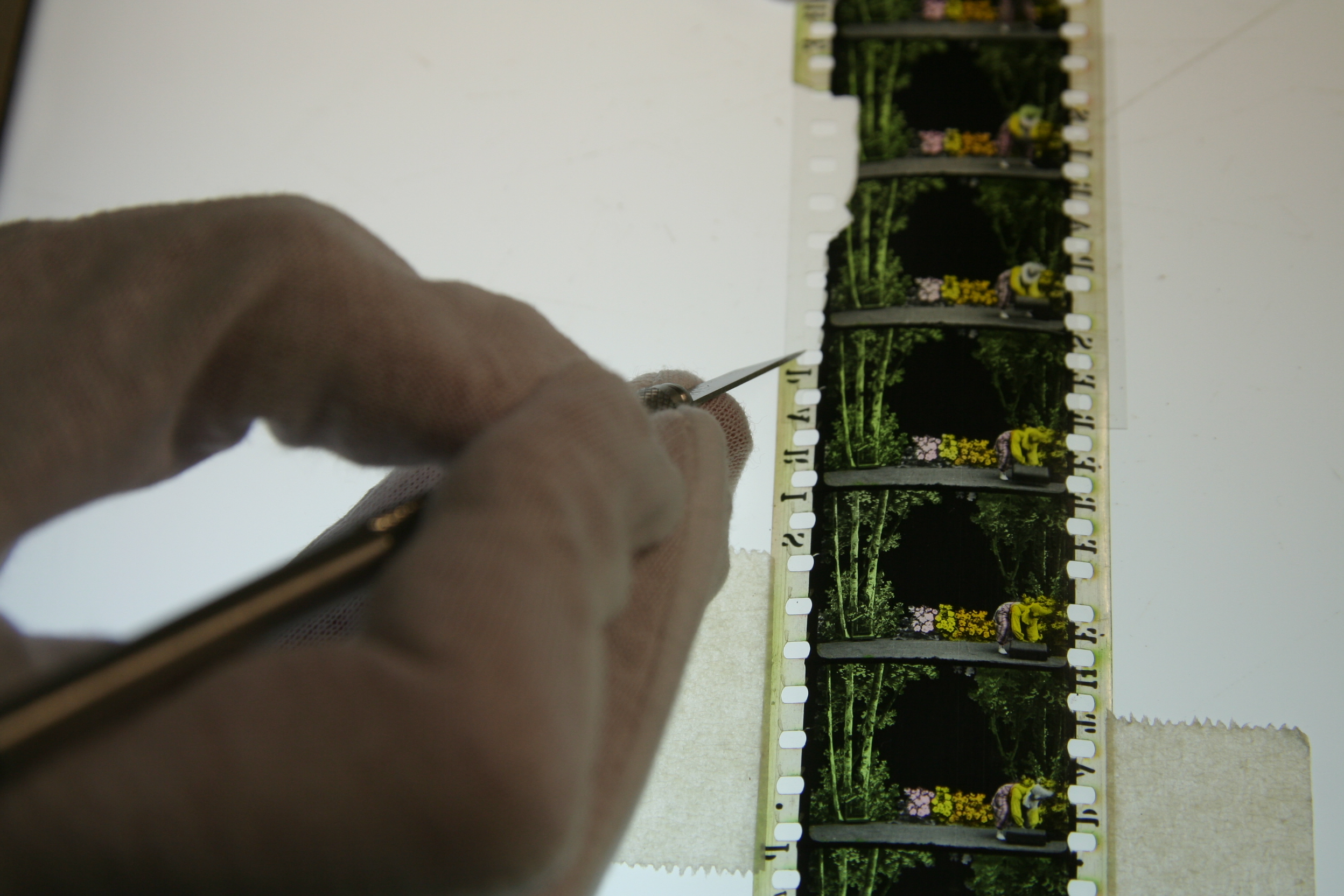 The film collection started off with 350 films by the Catalan film director and producer Ignasi F. Iquino, as a result of the transfer of powers from the Filmoteca Nacional to the recently created Filmoteca de la Generalitat de Catalunya in 1981. During this period, and until the Filmoteca’s headquarters began operating in 1992 (now the Preservation and Restoration Centre), very possible resources for recovering the Catalan film industry was put into action. All kinds of material on film were purchased and accepted. The collections received by the Filmoteca at this point were very important, as in many cases they were Catalan films from the Republican era that had been hidden away during the Franco dictatorship. Thus part of the Filmoteca’s collections include the film collections of the Institut del Teatre; the Catalan Cinematographic Collection (CO. CI. CA.); the personal collection of Miquel Porter i Moix, including many Catalan films from the silent era, and many other collections from both private individuals and distributors.

During this period, the Film Archive began receiving mandatory deposits through subsidy orders: since 1981, every producer who makes a film subsidised by the Government of Catalonia is obliged to provide the Filmoteca de Catalunya with a copy of the film in good condition.

With the new headquarters of the Filmoteca’s Archive in the “La Campana” building, the work of locating and searching for film heritage increased. Worth a special mention is the 1996 fundraising campaign as part of the activities to celebrate the centenary of the Catalan film industry. It was also during this period that an anonymous collector donated 350 films from the very origins of cinema, dating from between 1896 and 1909. These are original period copies, many of them hand-painted or stencilled, which gives them tremendous value as the old restorations of many of these films were done in black and white due to lack of the necessary technology. Today, the films of that period have been attributed the value they deserve, and the screenings of the restorations of this collection made by the Filmoteca have received international acclaim.

In 1999, the Fotofilm-Riera film laboratories closed down. Following lengthy court proceedings, much of this collection was taken in by the Filmoteca. These consist of original film negatives, primarily in Catalan, from the 1960s through to the '90s. The collection consists of more than 60,000 cans, accounting for some 15,000 titles. At the same time, a collection of classics of universal cinema for educational projects was begun. In 2003 there was a modification to the mandatory deposits as a result of film industry subsidies, and intermediate material started to be demanded instead of screening copies in order to guarantee better preservation (even so, subsidies for dubbing into Catalan are still subject to the submission of a screening copy in good condition). Similarly, for subsidies granted by the Ministeri de Cultura through the ICAA, Instituto de Cinematografía y de las Artes Audiovisuales), it is accepted that the material to be submitted as a condition of the subsidy can be deposited at the Filmoteca de Catalunya.

The year 2014 was the first year in which all Catalan-produced intakes were made digitally, thus determining the need to reach a consensus and establish new processes in accordance with the long-term preservation objectives pursued by the 2CR. Finally, in 2017 a new digital preservation system was implemented. During this total technological changeover, it is the first time that our country has had an institution determined to prevent a repetition of the huge losses of the past. Also in 2017, the new Llei de Dipòsit Legal recognised the Filmoteca as a preservation centre, thus ensuring that any Catalan film, whether it receives a public subsidy or not, must have a copy deposited at the Filmoteca. Having safeguarded the future, it is now time to recover everything we can possibly locate in relation to Catalan films or films referring to Catalonia.